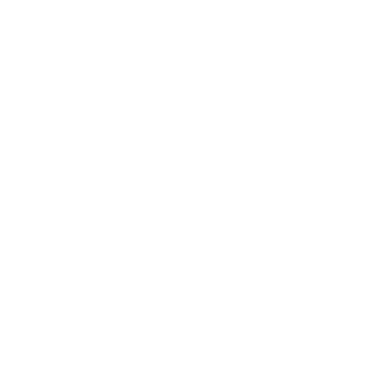 Mole & Gopher Pest Control in Kansas and Oklahoma is one of our most sought out services. Mole trapping is the most effective way to control these nuisance animals. We trap moles, control moles and remove moles that damage yards, grass, lawns and turf. Knowing how to trap moles can give you a mole free lawn environment. We do not use poisons and pesticides and do it the natural and most proven method by using some of the finest mole traps in the professional mole trapping & mole control industry. 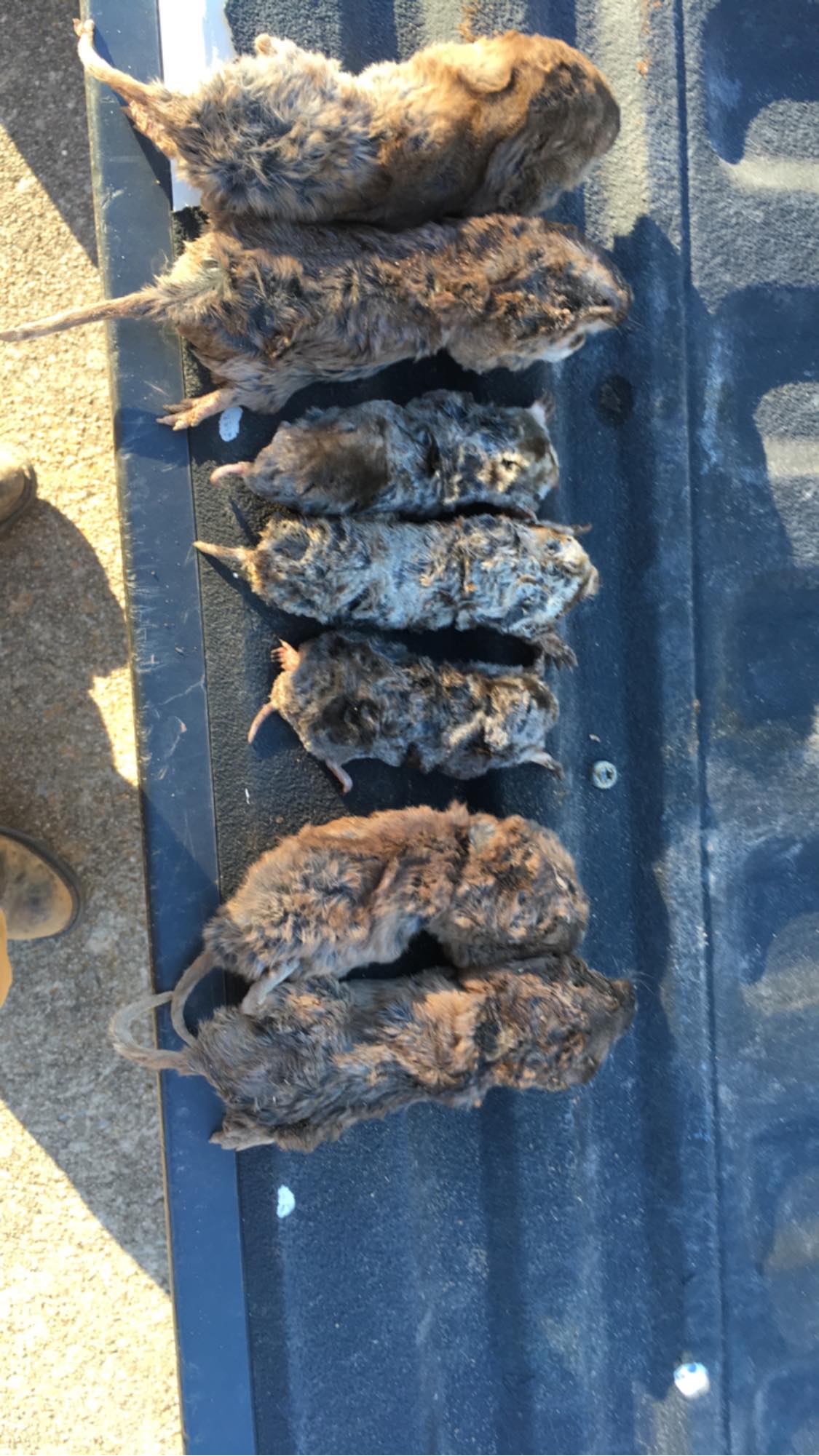 Moles are small mammals that live most of their lives underground. Moles are rarely ever seen, but the damage they leave in lawns is unsightly. Mole damage is often confused with other small mammals like voles, pocket gophers, mice, shrews,  and ground squirrels. The species of mole most often found in Kansas and Oklahoma is the Eastern Gray Mole. This animal can tunnel up to 24 feet each hour and only sleeps about 6 hours each day.

The most conspicuous features of the mole is its greatly enlarged, paddle-like forefeet and prominent toenails, which enable it to “swim” through the soil. Moles have strong legs, short necks and elongated heads. They lack external ears, and their eyes are so small that at first glance they appear to be missing.

A mole’s fur is soft and brownish to grayish with silver highlights. When brushed, the fur offers no resistance in either direction, enabling the mole to travel either backward or forward within burrows.

Because moles have high energy requirements, they have large appetites. They are predominantly insectivores and can eat 70 to 80 percent of their weight daily. They actively feed day and night throughout the year. Moles feed on mature insects, snail larvae, spiders, small vertebrates, earthworms, and occasionally on small amounts of vegetation. Earthworms and white grubs are preferred foods, however, it is the earthworm that makes up nearly 80% of the mole’s diet. 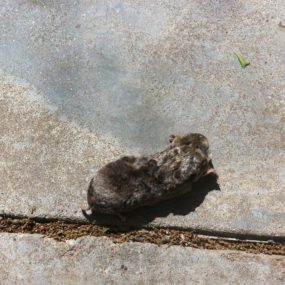 Mole activity in lawns or fields usually shows up as ridges of upheaved soil. The ridges are created where the runways are constructed as the animals move about foraging for food. Burrowing activity occurs year-round, but peaks during warm, wet months. Some of these tunnels are used as travel lanes and may be abandoned immediately after being dug. Mounds of soil called molehills may be brought to the surface of the ground as moles dig deep, permanent tunnels and nest cavities.

Moles breed in late winter or spring and have a gestation period of about four to six weeks. Single annual litters of two to five young are born in March, April or May. Young moles are born hairless and helpless, but growth and development occur rapidly. About four weeks after birth, the moles leave the nest and fend for themselves.

Moles in their natural environment cause little damage. They are seldom noticed until their tunneling activity becomes apparent in lawns, gardens, golf courses, pastures, or other grass and turf areas.

The mole activity people usually see is of two kinds — raised ridges or surface tunnels and mounds. These raised ridges or surface tunnels are unique to moles. No other animal leaves this evidence of its presence. However, mole activity often is confused with that of the pocket gopher, which also is found in Kansas and Oklahoma. Moles leave cone-shaped mounds on the surface of the ground. These usually are not numerous. Most often these mounds contain coarse soil and earth clods.

The mole pushes this soil to the surface, especially when digging deep runs. These deep runs lead to a nest or provide tunnels for use in the winter or during the hot times of the summer. In building these mounds, the mole pushes the soil up through the center, much as a volcano is formed. Moles push dirt through vertical tunnels onto the surface. Mounds are good places to use fumigants, since they are believed to mark deep runs or nest areas.

People often confuse pocket gopher mounds with mole mounds. Pocket gophers are rodents and have different feeding habits than moles. Traps designed to catch moles usually will not catch pocket gophers, or vice versa. Therefore, it is important to correctly identify which animal you have in the damage situation. In some areas, both animals exist in the same place.

The pocket gopher does not construct raised ridges or surface tunnels. Pocket gophers dig two kinds of tunnels — one about 5 to 8 inches under the surface and other deeper tunnels that may go down several feet below the surface.

We trap, control and remove moles and gophers near Ponca City Ponca City.

Unlike the mole, the pocket gopher constructs many mounds. These mounds are of finely sifted soil. Sometimes they can be rather large, but most often they contain about one-half gallon of soil. The pocket gopher digs a main tunnel, then a lateral side tunnel to create the mound, thus getting rid of soil accumulated in digging the underground tunnels.